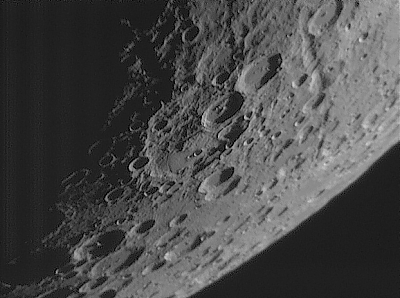 The Moon is Earth’s only natural satellite and the fifth largest satellite in the Solar System. It is the largest natural satellite in the Solar System relative to the size of its planet, a quarter the diameter of Earth and 1/81 its mass. The Moon is the second densest satellite after Io. It is in synchronous rotation with Earth, always showing the same face; the near side is marked with dark volcanic maria among the bright ancient crustal highlands and prominent impact craters. It is the brightest object in the sky after the Sun, although its surface is actually very dark, with a similar reflectance to coal. Its prominence in the sky and its regular cycle of phases have since ancient times made the Moon an important cultural influence on language, the calendar, art and mythology. The Moon’s gravitational influence produces the ocean tides and the minute lengthening of the day. The Moon’s current orbital distance, about thirty times the diameter of the Earth, causes it to appear almost the same size in the sky as the Sun, allowing it to cover the Sun nearly precisely in total solar eclipses. 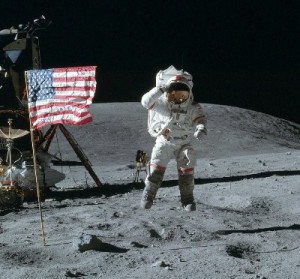 The Moon is the only celestial body on which humans have landed. While the Soviet Union’s Luna programme was the first to reach the Moon with unmanned spacecraft in 1959, the United States’ NASA Apollo program achieved the only manned missions to date, beginning with the first manned lunar orbiting mission by Apollo 8 in 1968, and six manned lunar landings between 1969 and 1972—the first being Apollo 11 in 1969. These missions returned over 380 kg of lunar rocks, which have been used to develop a detailed geological understanding of the Moon’s origins (it is thought to have formed some 4.5 billion years ago in a giant impact event involving Earth), the formation of its internal structure, and its subsequent history.

Hoover over and click on an catagory album picture to see the whole gallery.

Some books and stuff I can recomment you;